Android phones have already grabbed the major market share in the market. They are delightfully accepted by the users due to their superb features. An android phone gives the freedom to the user to do much more things that hardly any operating system provides. But one of the greatest limitations of android phones is that it does not support some of the best apps without rooting. After rooting your android phone, you can use some of the best android root apps in your phone.
In android phones, if you are not satisfied with your operating software, you can easily install a modified version of Android OS which is known as ROMs. But if you only want to use some of the great apps in your phone that is inaccessible in your phone, a root access to your phone is enough for that. There is no need for software modification. For those, who do not have much idea about rooting, rooting is nothing but offering you permission of accessing root on your phone.  Like administration in windows, rooting is a similar kind of program for android phones which gives you control over the phone. With a rooted phone, you can easily access toproot apps in your phone or you can load a modified version of Android system. Some of the best root apps that you can enjoy after rooting your phone are described below.
Superuser: After rooting you android phone, the first software that you need to install is Supreuser. When you have done rooting your android phone, you might get the control over it but you have to install Superuser to get the controlling button. So, after installing Superuser, whenever you want to install any root privileged app in your phone, a pop up window will be displayed in your phone for confirmation of the privilege. O, undoubtedly it is one of the best root apps that one can use after rooting his or her phone.
ShootMe: Android phones generally do not have any option of taking screenshots but having an application like Shootme in your phone, you can easily do it. But for installing Shootme, you need to root your android phone first. Shoot me is a tremendously user friendly, simple application which even a newbie user can also use. The greatest advantage of Using Shootme is that it allows the user to choose what indication will be used for taking a screenshot. It can be layering the light sensor, shaking the phone or can be yelling at it. 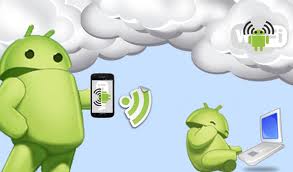 SSH Tunnel: Among the many advantages of rooting your android phone, one of them is getting option of using SSH tunnel application which is surely a top root apps. With this application in your phone, you can securely access internet on your phone. It is generally tough to check your mail or FB account in a private place as a lot of people have a close look on what you are doing. But having this application, you can easily access your Facebook or Gmail account in a WI-FI enable public place without any tension.
Posted by Unknown at 21:31